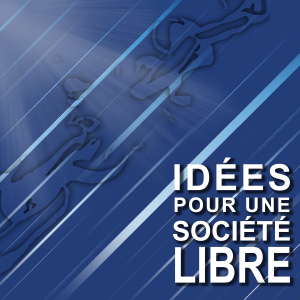 An educational mini-library on CD was launched in French  in September 2014.  It was produced by Marc Lassort and a small team of the Institute Coppet  (please link directly to http://w ww.institutcoppet.org/) Coppet The Institute aims to disseminate translations of books, excerpts or articles relating to culture and the free market in the French tradition.

This archaeological work and dissemination will rely in particular on translations of studies or reports of the American institutes and think-tanks so the French intellectual tradition continues to live and grow. Under the leadership of the Austrian school in particular, many studies have been devoted over the last 40 years to Turgot, Condillac, Destutt de Tracy, Say, Constant, Bastiat and Molinari.

May these authors of freedom continue to inspire the mind and the French culture.

The CD includes all the appropriate texts that were already in French, such as he wonderful witty writings of Frederic Bastiat, plus a number that had already been translated from English.  In addition several texts were especially translated for the CD.  These included three texts that have already been widely translated into a number of languages because they are particularly relevant and clear.   Wolfgang  Kasper’s Economic Freedom and Development and two books by Eamonn Butler that were published by the Institute of Economic Affairs in London;  Public choice – A Primer and Foundations of a Free Society.

Copies have been shipped to Cote D’Ivoire  (link to new Cote D’Ivoire page), to Mali (link to new Mali page) and to Morocco where Nouh El Harmouzi and his team for the Arab Center (link to http://arab-csr.org/)  and they will shortly will be arriving in Senegal for the new Students for Liberty group that is being set up there.