Olumayowa Okediran was running a social justice club at the Federal University of Agriculture, Abeokuta, Nigeria in 2010 when Adedayo Thomas came and spoke to students about free societies. He left Olu with two books from Atlas Network and the CD  Ideas for a Free Society and Olu quickly became a committed advocate of liberty.

Later that year Olu co-founded the African Liberty Students Organization and entered the NFS funded essay competition for African undergraduates to encourage them to study free societies. His essay got him a place on the Atlas funded SYPALA which was a week long freedom school. Since then he has been central to the establishment of the student movement for liberty across Africa and beyond.

He now plays a pivotal role as Students for Liberty’s Director of International Programs for Africa and Asia and has spoken at dozens of universities and conferences around the world as well as writing many articles and books. He said that the CD, apart from providing him with access to the great classical liberal thinkers and informing his understanding of the power of freedom, proved to be a good source of ideas and inspiration for his articles. 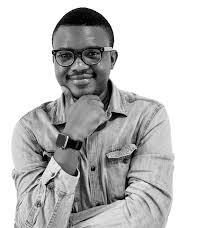