This is the cover of the 1st edition of the CD that the Afghan Economic and Legal Studies Organisation made in 2017. It contained over 100 books, articles, audio and video programs, Afghanistan national laws and human rights conventions with the object of education and promotion of free society values and their compatibility with the Islamic religion in Afghanistan.

The distribution to all public and private universities across the country started officially on 15 July 2017 and also to a number of youth groups. Some of the texts were in Dari, some Pashto, some in Farsi and some in English so they were accessible by students in neighbouring countries including Iran. 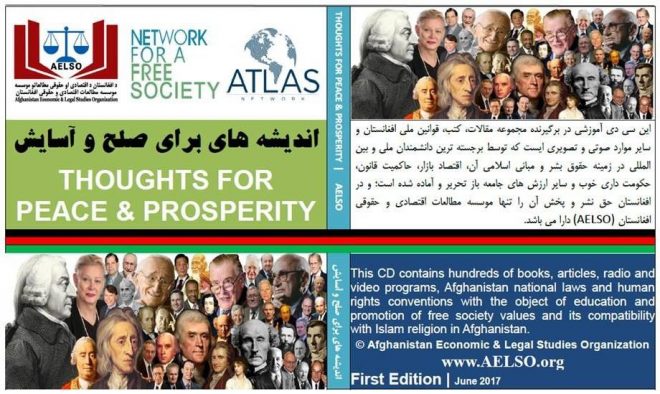 The CDs caught the attention of students and other young people and much positive feed back was received as well as requests from the universities for hard copies of the book Foundations of a Free Society in Dari which is about to be published.

But before that the 3rd edition of the CD, now called Ideas for Peace and Prosperity was released. Years of hard work has gone into developing these texts so that people living in Afghanistan, Iran and Tajikistan can learn of the compatibility of Islam and free society values.

Many people in the world think that the CDs are old IT and would no longer be useful but for many others the internet does not reach them or is too slow or expensive for them to make use of it and for them the CD may provide their only access to these ideas. This is the situation in many parts of Afghanistan.

Foundations of a Free society in Dari 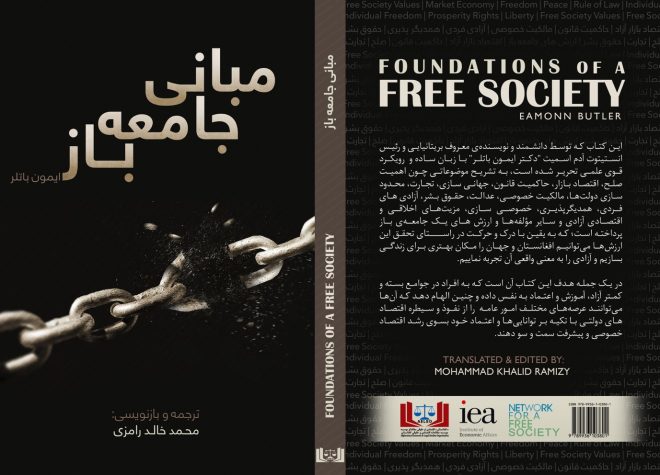