The books were Adam Smith: A Primer and an Introduction to Capitalism by Eamonn Butler and published by the IEA.  Dissemination was mostly through their Caravan of Ideas which visits universities to disseminate  them at seminars or other events.  Also, through webinars and an essay competition to find the best students to man the Caravan of Ideas the next year.

In June 2021 they repeated an earlier visit to St Mary’s Teacher’s College.  The hall was packed with 150 plus 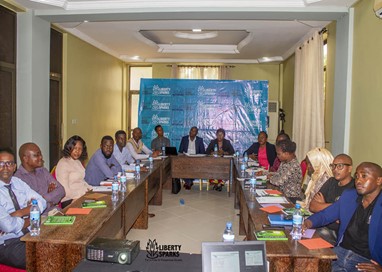 The book was launched on ITV and has been discussed and promoted more widely on TV and Radio since.

Now the books are in Swahili interest from radio and television stations has increased and particularly from universities who were hostile previously.

CEO Evans Exaud wrote “We had a very successful presentation of the book to 14 head of faculty of entrepreneurship, College representatives and University principles. …. they promise to assign their students to read the book and write something about it. Again, they request similar seminars for all faculty of entrepreneurship in the country and they asked for a short video for the book and also a seminar to all their students about the book.”