Covid forced them to move many things on line earlier in 2020 but their new Free Societies online webinar series has been very popular and introduced them to new audiences despite some unreliability of the internet connections at times.

The Liberty Sparks journalist project had to be amended because those participating struggled to produce the required  good quality articles so instead it was turned into  a 4 session training project to help the 30 journalists improve the quality of their articles.     https://www.facebook.com/LibertysparksTZ/videos/120143796398931.

Their 6 month radio program series also was amended because of the difficulty of finding appropriate material relating to markets, property and freedom and also the right presenters. People were nervous about promoting views about freedom etc live.  Then they ran into legal challenges precluding the programs from also being posted on YouTube. Nevertheless they produced a monthly programme each run twice and next year will register themselves so all the content can go on YouTube to greatly increase their audience. 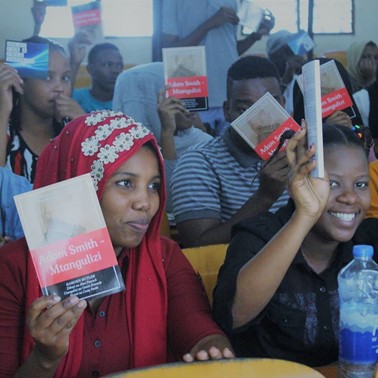 They have translated and published two books in Swahili in the expectation of meeting a new Swahili speaking audience.  These include the Institute of Economic Affairs/Eamonn Butler books  Adam Smith a Primer and An introduction to Capitalism which are available on line  and with hard copies explored and shared with university and other groups when they are also given a copy of one of the books.

Their Caravan of Ideas team have promoted the books and explored their content with many groups.  About 300 had attended these events in 2020 and already in 2021 they are very popular.  CEO of Liberty Sparks, Evans Exaud said enthusiastically that “Translation has helped us get so many supporters in social media and Universities administration. The books are well understood and as an organization; we got a lesson, therefore we have changed some of our posts as well to be in Swahili. We have received so a good deal of good feedback to the translation project, and we can’t thank you enough.”

In November Liberty Sparks ran Uhuru.con, a full days conference both in person and on line where the essay winners were announced. 80 attended in person to exchange ideas and strategies on how to achieve a freer more prosperous future for Tanzanians but sadly due to Covid many who had applied were unable to attend including 40 who had signed up from Kenya. But many of them joined on line. 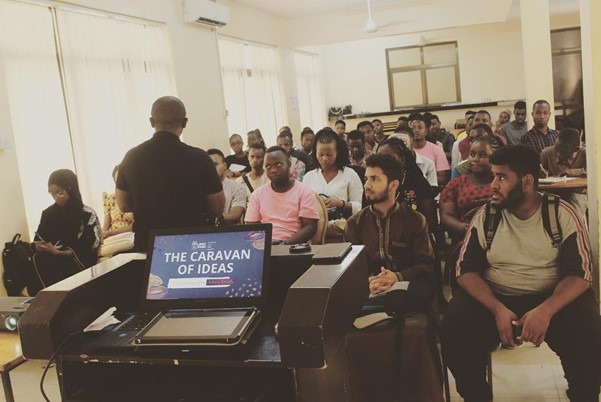