Two months later than usual because of the virus the Alternate Solutions Institute held its 12th five day residential workshop,  the 10th to be supported by NFS.  This event always attracts a large number of very well qualified potential participants with 40 being accepted, ten more than usual because of the high demand.  They included lawyers, journalists, teachers, undergraduate students, entrepreneurs, political activists, and human rights defenders.  All of them pay a subsidised fee to attend. The sessions were led by Dr. Khalil Ahmad Founder Alternate Solutions Institute, Ali Salman Executive Director PRIME, and Dr. Raza Ullah President ASI. 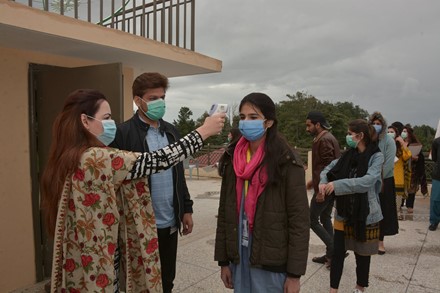 One of the guest speakers was Mr. Shahid Mehmood, a well-known economic correspondent, a columnist in Pakistan leading English daily The News. He stated the ground  realities of economy in Pakistan and the huge losses incurred to the national economy due to the state-owned enterprises.

Participants were introduced to the work of Hayek, Friedman, Bastiat and Adam Smith as well as publications such as the World Bank Ease of Doing Business Report, the Fraser Institute’s Human Freedom Index and the Alternate Solutions Institute recent report on the

So far around 380 young Pakistanis graduated the course and this year a major chunk of the participants were recommended by the alumni of previous courses.  One alumni Mr. Sulaiman Yousafzai who was a member and office holder of a leftist political party developed an organization with the name of “National Influencers” for the promotion of limited government and economic freedom, which demonstrates the impact of this course.

Tayyeba Zulfiqar a participant and lecturer from the Department of English at Bahria University Islamabad commented:  “In five days I became 40 friends richer, and met some amazing scholarly mentors.  Thank you ASI for giving me a lifetime experience.  Everyone must strive to be a part of this formidable workshop.”