NFS supported a number of projects in Afghanistan in 2020 through the Afghan Economic and Legal Studies Organisation (AELSO).  These included the AELSO Academy Project, Silk Road Radio Station and printing and distribution of books and a mini library of classical liberal texts on a CD.

The AELSO Academy won the 2020 Smith Student Outreach Award for the best student focused project for liberty in 2020 and includes:-

At these events religious scholars, university professors, students, civil and human rights activists, cultural figures, social and media activists shared their concepts and ideas about Islam and liberalism, and speakers presented on issues of peace, freedom, tolerance and the fight against extremism from the perspective of Islam and liberalism.        The Institute of Economic Affairs publication, Islamic Foundations of a Free Society is the blue book in the above photo and was the reading material  for this session. It was translated into Dari and published with NFS funding.  A similar discourse was held simultaneously in Herat Province. 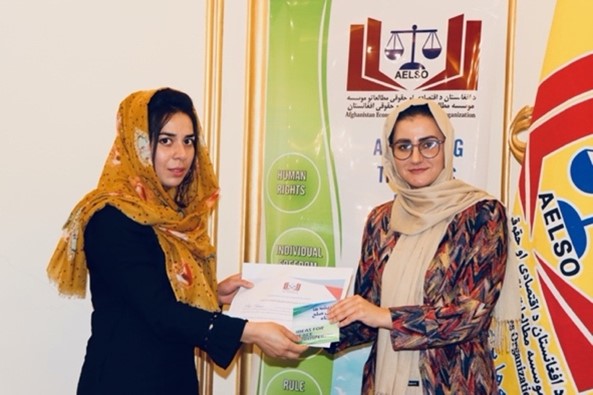 CD and certificate being awarded to student during the seminar

A third edition of the CD  Ideas for Peace and Prosperity in Dari was translated in 2019 and is being distributed in 2020 with a 4th version being prepared for launching late in 2020.   80 public and private university campuses and all provincial libraries across the country have received them with  8000 distributed so far in all.   M. Khalid Ramizy, CEO of AELSO  said   “I’m really glad that by producing of these CDs, AELSO played a very important and active role in promotion of free society values in Afghanistan and I am more than happy that the universities found the CDs very useful for the students and now they copied the contents of these CDs and currently they are sharing all the contents of the CDs with their students via USB flash. 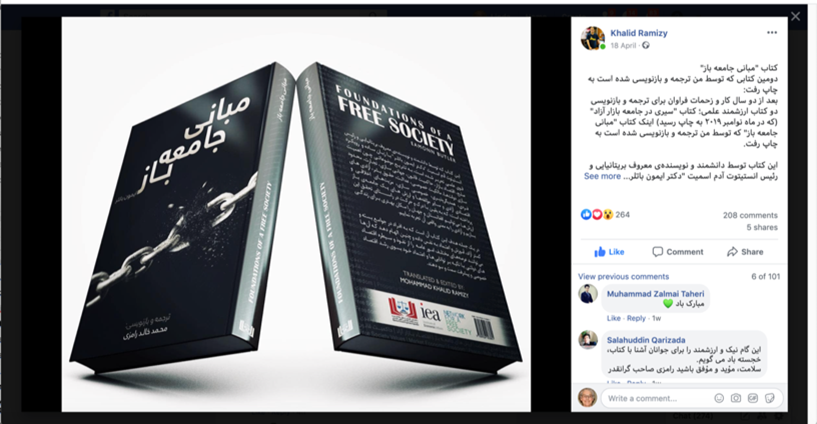 ri version of Foundations of a Free Society was translated and published late on in 2019.  1400 copies were printed in 200 and 300 of them have been distributed to students, universities and other libraries by mid year.  This face book page received 264 likes and 208 comments.

Islamic Foundations of a Free Society, published in 2017, is regularly used and promoted by AELSO and is also available through other book sellers in Afghanistan and on Amazon. It is for students, journalists and ordinary people who want to know about the essential elements of a free society and its compatibility with Islamic thoughts and customs.

In July we were contacted by the White Assembly who had lost the sponsor for their National Youth Conference when an Afghan supermarket pulled out because of reduced sales due to the pandemic.  They are an Afghan NGO founded in 2015 by a number of civil and human rights activists, young leaders, students, university professors, Afghan experts and policy makers.  Originally mentored by AELSO their mission is to promote, educate, and equip the next generation of Afghans with the ideas of democracy, liberty, tolerance and peace and to oppose radicalisation among youths. There are currently about 8000 members working in 19 provinces of Afghanistan.

NFS was able to step in so the event could go ahead.

The first National Youth Conference in Afghanistan in August 2020 saw 400 young people coming to Kabul  University from 34 provinces. The Executive Director  of Aelso, Khalid Ramizy explained that one of the main goals was promoting the values of a free society and a central theme of the event was the support for peace, liberty and tolerance referring to these components as a civil and societal deterrent against extremism and terrorism.

The dean of the university said, ’The Islamic Culture Curriculum needs to be revised…’ 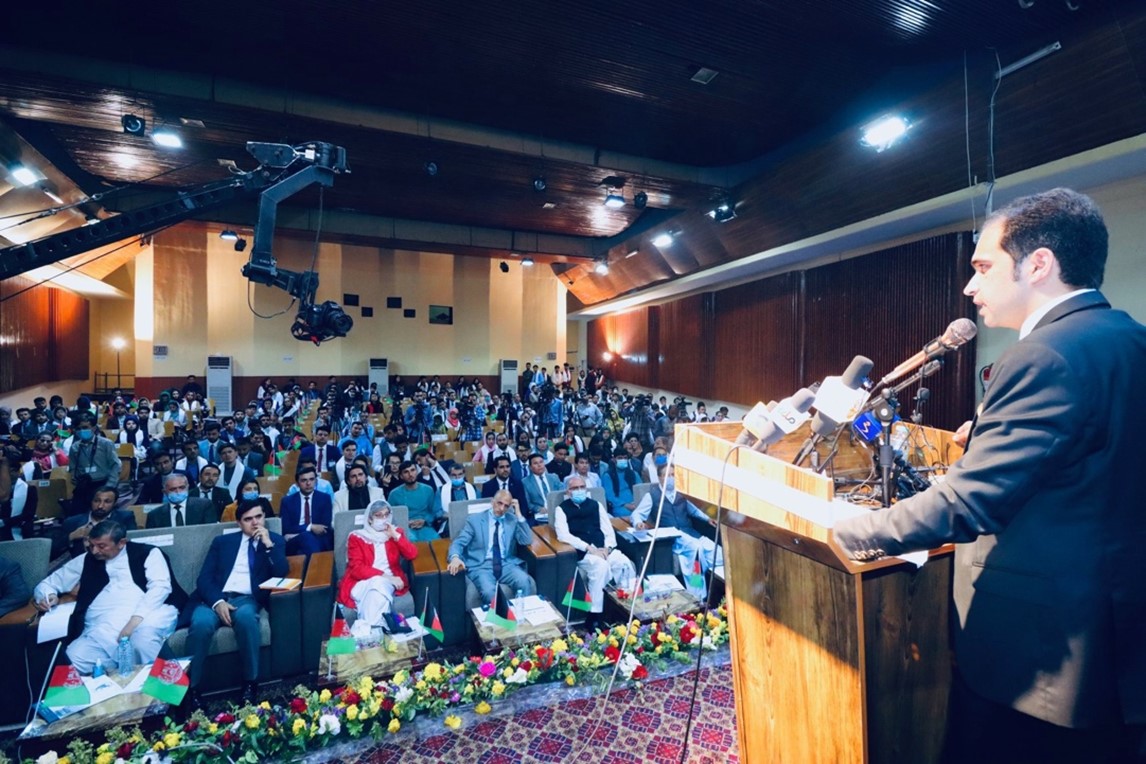