Network for a Free Society has supported Islam and Liberty in a way that has underpinned its development and successes since its formation in Istanbul in 2011. This has included funding seminars, conferences, some general support and the translation and distribution of the book Islamic Foundations of a Free Society was largely based on presentations from ILN conferences.

So we are delighted by its well-deserved successes in the last twelve months as it builds the intellectual case for religious, economic and political freedom within Islam.

ILN won the Atlas Asia Liberty Award in April this year for their faith-based Muslim Case for a Free Society project including their most recent three international conferences.  These  were in Kuala Lumpur in 2017 on Democratic Transitions in the Muslim World, in Islamabad in 2018 on Building Islamic Foundations for the Open Market and in 2019 in Jakarta on the Islamic Case for Religious Freedom.

A recent video on the Muslim Case for Freedom has been watched over 15,000 times and a podcast on Islam and Religious Liberty had over 200 participants.

They also ran an NFS funded seminar along the lines of a Liberty Fund Colloquium in Pakistan in early November on Islam and Liberty.   This two-day workshop explored the foundations of economic, religious and political freedoms in Islam in a contemporary Muslim context. 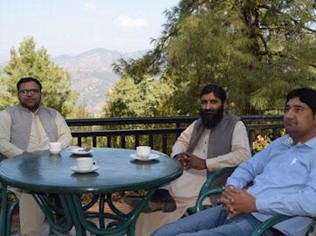 Islam and Liberty Network’s 3rd residential workshop took place in Muree, Pakistan. It was attended by 18 religious scholars, social scientists, teachers and members of civil society from 9 cities of Pakistan who were selected from 85 applications based on their demonstrated interest, intellectual capacity, understanding of free society principles and potential to contribute to this debate. The main themes of the discussion were the religious, economic and political dimensions of freedom within the context of Islam and Muslim societies and the  workshop was facilitated by Ali Salman, CEO Islam and Liberty Network, Malaysia. 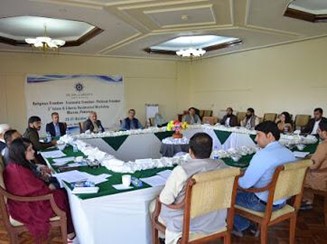 The participants found the theme of Islam and Liberty a constructive alternative to the restrictions often advocated in Pakistan and it was agreed to set up a Pakistan chapter of ILN while voluntarily pursuing activities to support its mission. Pakistan chapter should also reach out to parliamentarians and other policy making bodies with their recommendations.

Islam and Liberty Network won the Atlas Asia Liberty Award for 2020 which recognizes the most exceptional and innovative contributions to the understanding of free enterprise, and the public policies that encourage prosperity, innovation and human flourishing in the Asia region.

Fida Ur Rahman, lecturer at University College of Zhob, Balochistan Pakistan has been strongly  involved with Islam and Liberty Network and has now started a series of lectures for young people in Balochistan to explore religious tolerance, peace, interfaith dialogue, human rights and freedom. 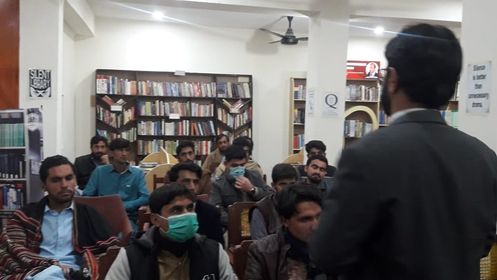