Bindu Espoire from the D.R.Congo was inspired by the text of Foundations of a Free Society on the French edition of the CD ‘Ideas for a Free Society’, which he was given when first in contact with Students for Liberty. He became involved in the Burundi chapter of Students for Liberty and in 2019 attended the Education Week run by the Center for Development and Enterprise: Great Lakes in Burundi.  During this event he was further inspired by the facilitator Patrick Mardini and the organiser and CEO of CDE:Great Lakes, Aimable Manirakiza and they began work on founding Center for Development & Enterprise:Congo of which Bindu is now CEO.

Bindu Espoire exploring and discussing the concept of a free society with students in D.D.Congo 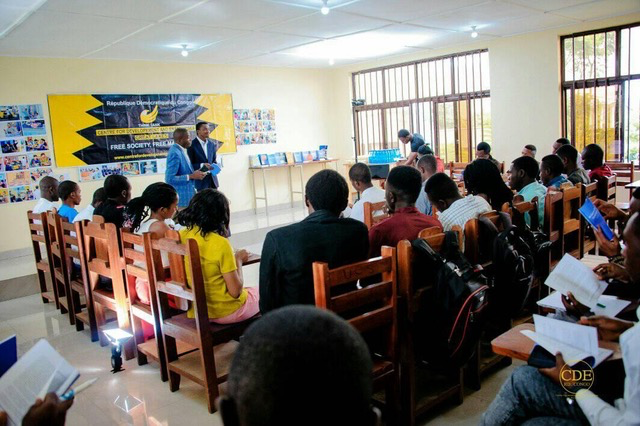 They wanted a text in French to distribute to students along with the CD and a Beginners Guide to Liberty was chosen because it was simple and shorter than Foundations of a Free Society so would be cheaper to translate and print and more copies could be bought with the funding available.

Launch of Beginners Guide to Liberty in D.R.Congo March 2020 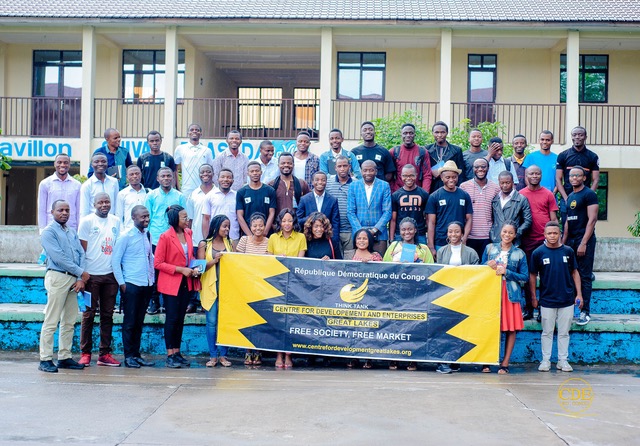 Bindu and his team are now busy exploring and discussing the concept of a free society and the principles and foundations on which it is based with students in the D.R.Congo where these ideas are sorely needed as an avenue to hope and opportunity for the many very poor and deprived people in the region.