This is the latest program of the Afghanistan Economic and Legal Studies Organization which has 17 years experience of promoting a free society in Afghanistan. It started this summer and will work for the promotion and education of individual freedom, market economy, human rights, rule of law, peace, tolerance and other free society values by running of major projects in the country since collapse of Taliban regime. It will be the largest program they have ever run and will include:- 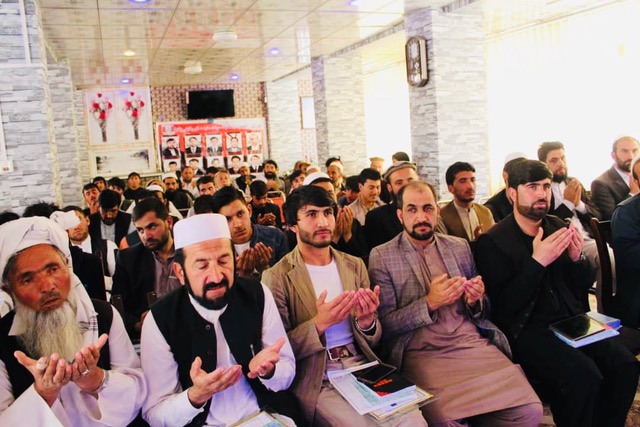 Women participating in the event in Paktia City

An early Academy event entitled “Conference on Peace, Tolerance & Prosperity in Islam”  was run by AELSO and the White Assembly in September in Paktia province in the east of the country which is one of the least secure provinces of Afghanistan.  Until now none of the national/international organizations dared to travel and organize such academic conferences on enhancing of the knowledge of the citizens of this province.

A number of well known Islamic scholars spoke and in one session ideas from “Islamic Foundations of a Free Society” which Aelso translated to Dari in 2018 were discussed.  Copies of the book were given out as well as the CD “Ideas for a Free Society” to those who read English.  Copies in Dari have run out and will be reprinted later this year.   About 150 attended the conference from neighbouring regions as well and many Paktia news agencies were there too.

Another very well attended event was run at Rana University in Kabul where some of the panels were all women.  The title was Think big!  Peace, Liberty and Prosperity.