The Free Market Great Debate is the first ever libertarian contest in Tanzania, designed to input free-market ideas to university students and give them a unique opportunity to debate issues and views around the theme of “morality of capitalism” based on the book edited by Dr Tom Palmer and published by Atlas Network.

https://www.facebook.com/SFLTANZANIA/ and http://libertysparks.org/ aimed to take this big project to 32 universities in Tanzania where the debates were intended to develop critical thinking in the students to help them find market based solutions for the social and economic problems that they face in Tanzania. They did not make quite that number of venues but they did attract some big audiences and total numbers attending would have been up towards 1000. 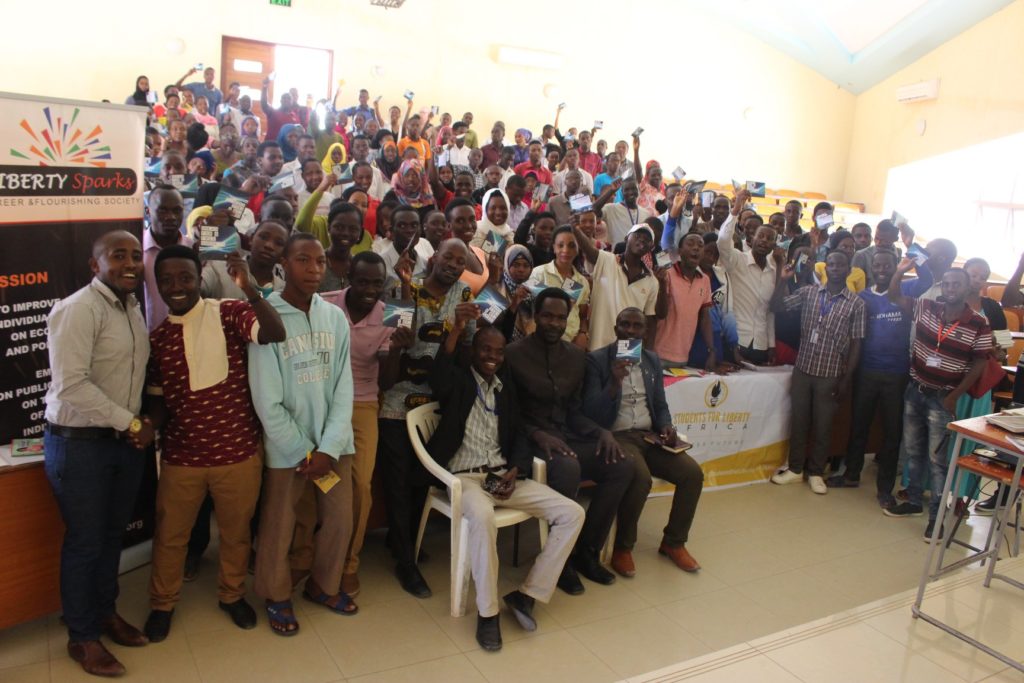 They are also running other events including Milton Friedman evenings to see Free to Choose and on September 29th 2018 they were invited to conduct a training on leadership and to share libertarian ideas and the opportunities they bring they bring at the College of Business Education in Dar-es-Salaam where more than 90 students attended and all were given the CD.