Economic Growth and Wealth Creation was the topic for this Liberty Fund type discussion at Nagarkot, Nepal in August 2018. All participants understood and believed in the philosophy of Liberty and had pre-read the texts selected by the much respected moderator Dr Parth Shah from the Centre for Civil Society in Delhi. The event was ably and enthusiastically run by the Samriddhi Foundation.

Two of the 20 mostly young participants from a range of disciplines came from India, one from Sri Lanka and the remainder were from different provinces in Nepal. This is particularly important now that Nepal is a Federal Democratic Republic with 761 different governments because of the opportunities it offers to try different policies. All of them were selected for their prior understanding of or at least open mindedness to the concept of a free society.

Concentrating on the debate 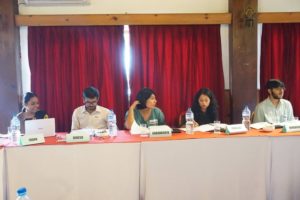 The program was sub-divided into six sub-themes: Man’s Rights and Economic Freedom; Regulation and Poverty; On Market Economy, Limited Government and the Invisible hand; Public Choice and Public Policy; Economic Freedom and Growth: Lessons from Neighbours and finally Globalisation, Free Trade and Growth. There were 4-5 mandatory readings and a two- hour discussion session for each sub theme.

Given that ideas of individual freedom and free societies are frowned on by the mostly leftist mainstream in politics and academia in Nepal such a colloquium is an important option to influence intellectuals there. It is also an excellent way to form a loose network of those of like mind and even before the colloquium started Samriddhi set up a closed facebook page which participants seem to have embraced enthusiastically for pre event and on going discussion of the ideas. 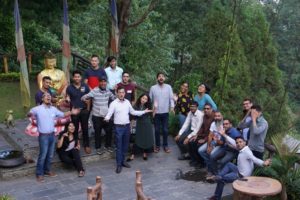 There were many other positive comments although it seems that some of the least experienced did struggle with the concept that it was just a discussion over different ideas without an agreed statement at the end.

“Dear Samriddhi Team I would like to thank you for letting me be a part of Samriddhi Colloquium. It was a great honour being a part of the discussion that helped me understand the economy in more detail. I felt like I found a place where I could actually relate and talk to. After attending the colloquium, I am really looking forward to working with the team and attending your events. The event helped me a lot to unlearn, learn and relearn things. The readings were so well put that I still follow them and they are simply amazing. Thank You for putting such amazing reads together.

I hope that I can work with the team and expand the horizon of knowledge from the very intellectually talented team in near future. I really enjoyed and loved every part of the colloquium. Thank You so much for having me.

The material that Samriddhi had prepared for the participants 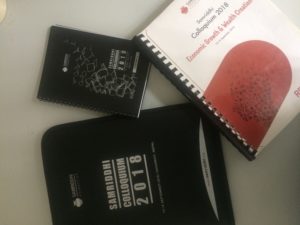