In October 2017 NFS held a Liberty Fund type event in Kenya called the African Young Scholars Colloquium. We met for dinner on the first night followed by two inspiring days of discussion on Liberty, Social Thinking and Constitutional Government led by Dr Stephen Davies, Director of Education at the Institute of Economic Affairs and using exactly the Liberty Fund discussion format.  19 carefully chosen participants came from Burundi, Ethiopia, Eritrea, Uganda, Ghana, South Africa, Nigeria, Tanzania and Kenya.  Three of them were journalists, one an academic, one a teacher and many involved with running Students for Liberty or running or working for think tanks in their countries. A few were in their final year at university.

Group photo of all those attending the seminar 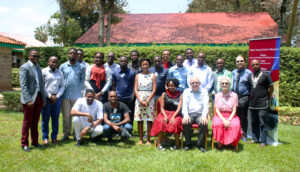 They were impressed and excited with the system of the discussion and understood very quickly how it worked.   Most of them had clearly read the texts and were prepared to discuss the issues in an informed and serious manner.  Steve said afterwards that the standard of participation and discussion was at least on a level with the majority of Liberty Fund events with which he has been involved and higher than some. 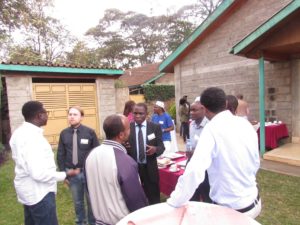 A comment from one of the youngest participants for whom English is his third language.

“An unforgettable moment for defenders of ideas of freedom in Africa like me who comes to the region of the Great Lakes affected by many barriers to prosperity. The rule of law, limited government, innovation, social thought, spontaneous order, development, free market and other highly interested subjects with Dr. Steve Davies who facilitated the discussion. Thanks to NFS for this opportunity that has helped us learn a lot of things and help Africa special Great Lakes Region where future generations will think fit to live and work.”

Other comments were similarly enthusiastic.

“The amazing time and exchange of ideas is unquantifiable.”

“The moderator Dr Steve Davies posed questions that opened up the sessions where great mind boggling debates came about.  This was my first colloquium and I cannot wait to attend the next one in Africa.  I have been very satisfied with the sessions and learned more than I imagined?” 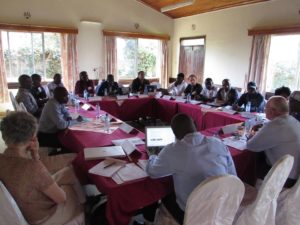