Following a very successful inter university quiz contest covering about 18 universities in the three countries of Burundi, Democratic Republic of Congo and Rwanda the finals of this contest involved one team from each country and took place at the Regional Students For Liberty Conference in French-speaking Africa, November 22-23, 2017 in Burundi.  the team from Burundi were the winners.

The conference was part sponsored by NFS, was attended by over 300 students with high level speakers came from Morocco, Lebanon, Ivory Coast, France and Burundi.  It was a huge achievement for a two year old organisation run by students and across three countries. 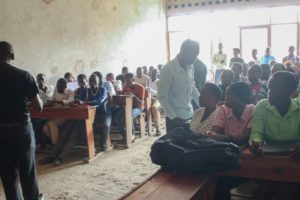