Alternate Solutions Institute organized 8th residential workshop at Khanaspur this summer from 17-21 August. The event provides an opportunity to university students, young entrepreneurs and fresh managers to participate in diverse activities. Besides, train- ing they hike, network and involve in many other creative activities.

The institute has appointed coordinators to remain engaged with students and represent institute on different university campuses.

This year, the institute received over hundred applications of aspirants who wished to become the part of activity. Inter- views and telephonic conversations with the applicants were held. After a through and rigorous selection process, the in- stitute handpicked 34 applicants for the workshop from across the country.

The hilly station offers a place of solitude with many benefits such as slow internet speed and missing cellular network’s signals which make the area least disturbing from the outside world. The participants faced many physical challenges and reaching spring and waterfall down the hill were few of them.

The Khanaspur 8th residential workshop has become a flagship event of the institute. The workshop spread over five days. On first day, participants traveled from their homes to Khanaspur. This year participants came from Peshawar, Lahore, and Rawalpindi. There were two Afghani students of Islamia Col- lege Peshawar who also participated in the workshop.

In the opening session, participants brainstormed to identify major problems faced by the country. After a thorough discussion few common issues were identified including the prevalent poverty, corruption, infla- tion, power shortage, population, financial mismanagement, and bad governance in Pakistan. The participants were asked about the myths be- hind these issues. Dr Khalil linked identified problems with right-based society. He introduced participants with the basics of negative and posi- tive rights. Dr Khalil also attributed certain economic woes in Pakistani history and the influence of society-state relation on economy. 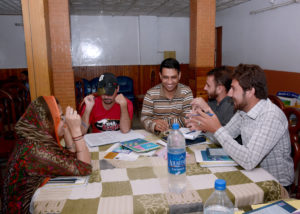 Discussions in the coffee break 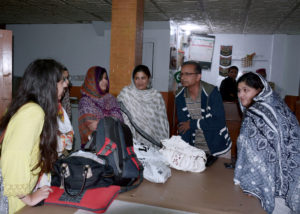 On the third day of seminar, a lengthy discussion was made regarding Pakistan political and economic situations. The participants mainly asked about how policies should be formulated keeping in view Paki- stani context. Dr Raza Ullah answered these questions. He explained it with the Lawrence Reed’s sound principles of policy formulation. Dr Kha- lil Ahmad also provided philosophical explanation to such societal complexities.

Dr Khalil Ahmad conducted a comprehensive question-answer session. As a tradition, prize for best participant was given to two persons Tariq Marwat and Faisal for their active involvement during the workshop. 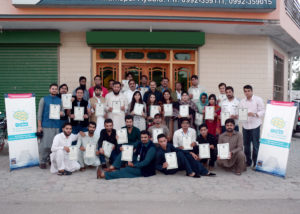 A discussion on the current economic problems of Pakistan and their causes, such as: Inflation, Unemployment, Poverty, etc.

Alternate Solutions Institute acknowledges the unfaltering support of NFS in supporting the efforts of the ASI to promote rule of law, economic freedom, and establishment of an entrepreneurial society in Pakistan.