Students for Liberty Burundi are led by Aimable Manirakiza  who was first introduced to the concept of a free society at an SFL meeting in Kenya in May 2015 where he was given the CD “Ideas for a Free Society” in both English and French by Alex Njeru.   On returning home he spent 8 weeks “exploring these ideas” through SFL on line training and the CDs and in November started SFL Burundi in ten universities with the help of Linda Kavuka of SFL.  He then contacted NFS to ask for more CDs which we funded to have produced in Burundi after several failed attempts to get them through customs.  These provided every Burundian member of SFL with their own mini library and altogether NFS will have provided over 1000 of the French mini library on CD during 2016.

In addition NFS funded a very ambitious quiz contest among the 10 SFL university groups which has been organised to a high standard which lasted two months.   SFL hold regular sessions to discuss the concept of a free society with each university group and selected teams for the contest from those who attend, the first round of which is internal. The organisers created a total of 300 multiple choice questions based on The Institutions of a Free Society, chapter 3 of Foundations of a Free Society by Eamonn Butler and published by the Institute of Economic Affairs in London.  It was translated into French by the Institut Coppet in France and included on the French CD which they produced and is how the students all had access to it.

The second round of the quiz was between the winning teams from each university and the questions were based on Chapter 5, ‘Free Enterprise and Trade’.   A well executed project which has encouraged hundreds of Burundian students to study these ideas in considerable detail.

It was apparently well covered by the press and there have been many requests for a repeat in 2017.

Outputs and impacts. 1000 students received copies of the CD in French; 500 students involved in multi round university quiz on institutions of a free society, trade and exchange.

October 2016. Students with the CDs that they have just been given 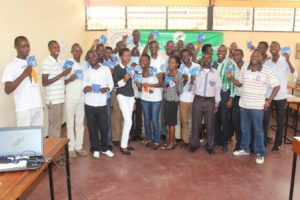 The photographs are of the mini library on CDs in French with the translation of Eamonn Butler’s book Foundations of a Free Society on which the quiz was based.  Then various ones of students during the rounds and final of the contest. 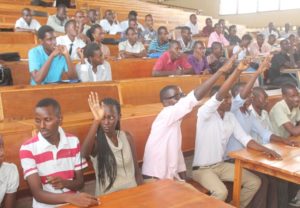 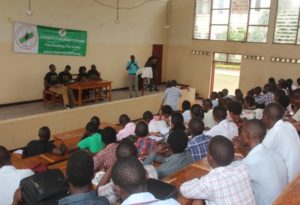 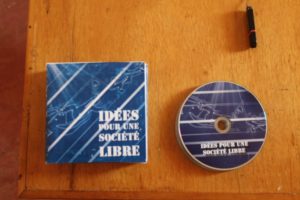 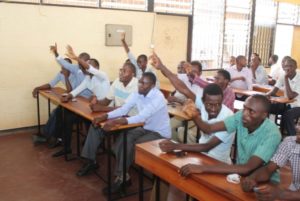 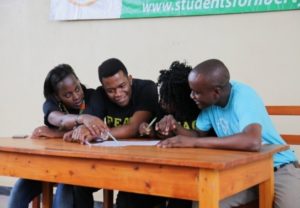