In November 2015 we were approached by Aimable Manirakiza of Students for Liberty in Burundi which is one of the world’s poorest nations and struggling to emerge from a 12 year, ethnic based civil war. People are desperate for a better life and SFL is offering them the solution of a free society but learning more about it is almost impossible because there are no texts in the country for them to read. Access to such texts on the internet is too expensive for them and their download speeds mostly too slow. They had been given two copies of the mini library on CD “Ideas for a Free Society”  in French and approached us for more.   We tried two different routes to get CDs into the country for them but each time they were stopped by the customs so we sent them enough money by Western Union to burn 150 CDs in Burundi for their first event at the Kinindo campus of the University of Bujembura Light. 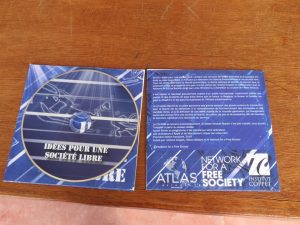 As you will see below it was very well attended and Aimable told me that all 116 students were delighted to take home a CD but now they need the funding to repeat this at the other ten plus universities in the country. 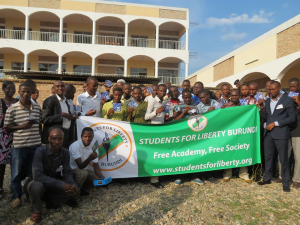 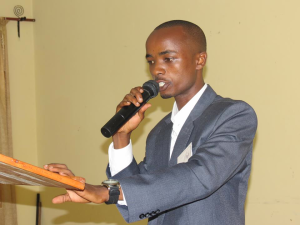 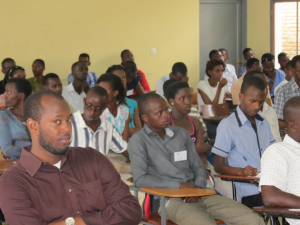