In 2014 the Association of Liberal Thinking in Ankara ran a number of programs in co-operation with Network for a Free Society.

They held an essay contest for undergraduate students on “the Impact of Liberal Democracy and Free Trade over Peace”. The topic was popular considering the resolution initiative on the Kurdish problem which has extensions to expand liberties involving civil actors. As this initiative stimulated further debates on the importance of liberal democracy and free trade, the topic lead students think and read more on ideas of free society with respect to establishing peace, freedom and prosperity. The announcement was made all over the country at faculties along with ALT’s networks. Students were encouraged to reference articles mainly selected from the Values of Free Society CDs or its Turkish web site www.ozgurtoplumundegerleri.com.

12 Students had also been invited with a travel scholarship to the Annual Congress for Liberal Thought, where the awarding ceremony was held, in 31 October -2 November 2014 in Cappadocia.

List of award winning students are also listed and essays are published at ALT’s web site. 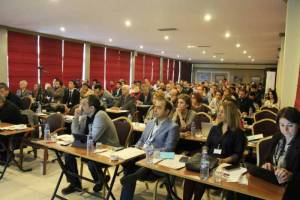 The Association for Liberal Thinking also ran graduate seminars in 2014. For two years now these programs proved to be very effective in reaching out more talented intellectuals, nourishing them with in-depth ideas and developing their analytical skills. These programs have served to meet new young academicians/intellectuals as well as to provide with an opportunity to follow up interested alumni of ALT’s introductory programs. Moreover, these programs strengthened ALT’s close intellectual network equipping with ideas and encouraging to disseminate ideas of free society.

In 2014, ALT held one program with Prof. Fuat Oguz on “Hayekian perspective for social sciences based on competition and rule of law” in Ankara between 22 April – 03 June.  The other one was held in Istanbul with Prof. Dr. Atilla Yayla titled “Classical liberalism and libertarianism on freedom, civil society, free markets and peace” between May 6 – June 10. Both professors provided a collection of articles beforehand for the participants of 12 people who were composed of graduate students, assistant professors, businessmen, and think tank.

Prof. Fuat Oğuz talking on complexity of societies regarding Hayek 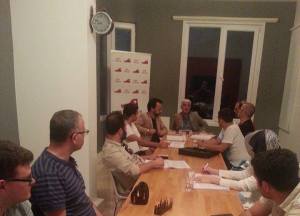 A regional program was also run by ALT in 2014. In December  they held a program in Istanbul with participants originating from different Muslim and non-Muslim groups involved in different initiatives to promote freedom and democracy in Turkey. Participants were invited individually regarding their earlier contacts with ALT and their stances raising political, social and economic problems and their work promoting liberty.

The program aimed to develop better understanding of the political system and history of Turkey, and to develop a perspective based on rule of law, individual liberty and property rights so as to discuss solutions of historical problems extending to today’s social and legal sphere.

Graduate students, young academics, writers, lawyers, and particularly liberal and conservative Muslim individuals and non-Muslim opinion leaders attended as they have been eager to cooperate to enhance Turkey’s liberal democratic system and raise awareness on the violation of individual rights and property rights of individuals of all origins. The program provided a sound basis for participants to approach issues with a classical liberal perspective since ALT’s faculty members who have contributed to various studies and reforms made speeches. 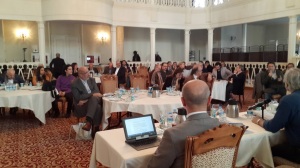 Participants came from around Istanbul and southeastern part of Turkey as well as regarding the peculiarity of the program few people came on their own from other countries, and had particular connection with Turkey. ALT is going to publish speeches and discussions and going to follow up with those participants on related programs.

Dr. Hasan Yucel Basdemir of ALT is making his speech

As the final part of 2014 grant, ALT held a regional program in Diyarbakır city, in southeastern part of Turkey. Graduate students, young academicians, lawyers, business people, individuals active in civil organizations working to promote peace, liberal democracy, rule of law and free enterprise attended the workshop to discuss around the presentations of ALT faculty members Atilla Yayla, Berat Ozipek, Leven Korkut and Fazil Erdem at 4 sessions.  In both programs ALT distributed copies of quarterly Liberal Thought, Principles of Free Society of N. Ashford, and some other related publications of ALT. ALT cooperated with a local sponsor, a group of liberal people from different professions and a liberal businessman who would like to continue to support other follow up regular conferences on free market economy and institutions of liberal democracy in the region.