Professor Atilla Yayla who co-founded the Association for Liberal Thinking in Ankara http://www.liberal.org.tr/ was one of the inspirations for the CD.  He has been organising the translation and publication of classical liberal texts into Turkish since the early 1990’s because he realised that without access to them it would be impossible for the climate of opinion in Turkey to change in favour of a free and responsible society.

The Association for Liberal Thinking has been one of our partners in Turkey.

Their mission is to introduce to Turkish public the richness of the intellectual tradition that lay at heart of the liberal democratic civilization toengage in activities that promote understanding and acceptance of values and concepts like liberty, justice, tolerance, peace, human rights, the rule of law, to encourage academic researches on liberal themes; and to contribute to finding effective solutions to Turkey’s political and economic problems within liberal thought. 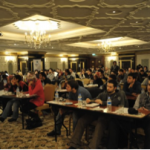 The CD in English was used by the Association for Liberal Thinking for its work with students.   Volkan Ertit, who was introduced to these concepts by ALT, edited the Turkish version under the auspices of the 3 H Movement during 2010. With the help of ALT he then arranged the distribution or 2150 Turkish CDs to colleagues in 27 universities in 18 cities who distributed them within their universities.

The list for the CD of The Values of Free Society

(27 Universities in 18 Cities, totally 2150 CDs were distributed by scholars in their classrooms)

Our other partner in Turkey is the 3 H Movement http://www.3hhareketi.org/

The 3H Movement (3H Hareketi or Hürriyet Hukuk Hoşgörü Hareketi in Turkish) is a liberal youth organization with more than a 2,000 members and volunteers that has been active since December 2006, when it was first founded under the name Liberalofis. Since then, the 3H Movement has been arguing against illiberal ideologies such as socialism, conservatism, fascism, and nationalism in Turkey.

3H have held many events reaching thousands of students over recent years and the CD has been distributed at all of them, originally in English but now more often in Turkish.  They are currently undertaking a visit a month to universities in different parts of Turkey to hold events at which the CDs will be distributed. 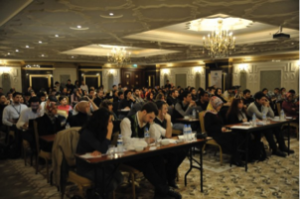 This page is still work in progress and much more information will be posted shortly.