Two new classical liberal books have just been published in China by the Chongquin Publishing House under the guidance of the Cathay Institute for Public Affairs. Their titles are The Basic Idea of Property Rights, Market and Competition and The Rules of the Economy, Legal System and Public Policy.  The papers were translated from those on the CD ‘Ideas for a Free Society’. 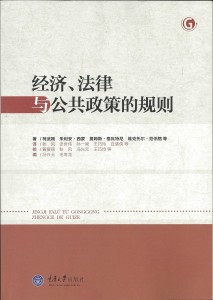 Congratulations to the Cathay Institute for Public Affairs who have overseen the publication of 2 new classical liberal books in China by the Chongquin Publishing House.

Property Rights, Markets and Competition include:-

Free Your Mind by Sauvik Chakraverti.

Economic Freedom and Development by Wolfgang Kasper, originally published by the Centre for Independent Studies.

How Markets Work by Israek Kirzner, published by the Institute of Economic Affairs.

The Role of Property Rights as an Institution, by Karol Boudreaux from the Mercatus Center.

The Nature and Role of Entrepreneurship in Markets, by Israel M Kirzner and Frederid Sautet and from the Mercatus Center.

The Role of Institutions in Entrepreneurship from the Mercatus Center, by Frederic Sautet,

The Rules of the Economy, Legal System and Public Policy include:-

What is the Rule of Law;  by Leon Louw from The Free Market Foundation.

The Social Dimensions of  Liberal Policy by Hubertus-Groeling from the Liberales Institute;

In Praise of Non-Centralism by Robert Nef from the Liberales Institut.

Eco-nomics: What Everyman Should Know About Economics and the Environment from the Cato Institute.

Paths to Property: Approaches to Institutional Change by Karol Boudreaux and Paul Dragos Aligica from the Institute of Economic Affairs.

How Best to Cope with Climate Change, by Wolfgang Kasper.