The Iran Economist ran a positive introduction, on January 26th, to the Farsi version of “Public Choice – A Primer” written by Eamonn Butler and published by the Institute for Economic Affairs.

Also the long established and more hard line ‘Resalat’ introduced it although there was no picture of the cover. 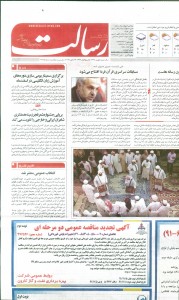 The online version of “Hamshahri” (literally meaning “Fellow Citizen”), the most powerful newspaper in Iran and also the one with the biggest circulation ran an introduction of Public Choice on their site today, April 24th.
Here is the link: http://hamshahrionline.ir/details/210700

Their introduction is taken from the introduction in the book written by the translator Bardia Garshasbi  and from the lines on the back cover of the book. It has mentioned the name of Dr. Eamonn Butler as the author of the book and IEA as the institute who have initially published the book in London, England. 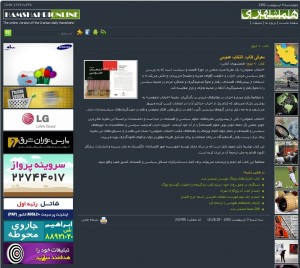