A Liberty Camp in Armenia followed on from the leadership meeting in Yerevan reported previously.  30 students from Armenia and Georigia  met  on 14th of March 2013 to participate in the three day camp run in cooperation with Friedrich Naumann Foundation for Freedom (FNF), Language of Liberty Institute NGO and Armenian Youth for Liberty NGO.  Discussions included ‘Human Progress and Transhumanism”, the works of Ayn Rand, Keynsianism and Austrian Economics, Freidrich Hayek and the Morality of Capitalism.  One evening everyone watched the film “The Call of the Entrepreneur’ which the students highly recommended. 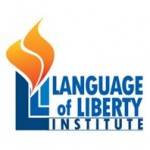 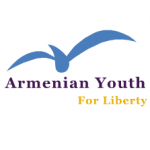 Many thanks to our reporters team – Lilit, David, and Melano!!!

On 14th of March 2013 youth activists from Armenia and Georgia gathered together in Tsakhkadzor for participating in Liberty Camp Armenia in cooperation with Friedrich Naumann Foundation for Freedom (FNF), Language of Liberty Institute NGO and Armenian Youth for Liberty NGO. After check-in and tasty lunch participants introduced themselves by the help of three facts from their life. Then the organizers opened the lecture on general introduction of notion of Freedom. An interactive discussion followed the first lecture. An interesting quiz on political standpoints presented to participants gave them the opportunity to clarify their political orientation and to hold a discussion on personal and political issues stated in quiz. The continuation of this constructive debate was the lecture on liberal, conservative and socialist approaches in the scope of German political system. After having such a meaty lectures and taking into consideration the fact that Georgian and Armenian participants were tired because of long trip to Tsakhkadzor the working day was officially closed for being opened next day at 10.00 a.m.

After a great party last night, even though everybody went to sleep late, surprisingly everybody was on time in the morning, energized and motivated for the new day, new discoveries and knowledge.

The first session covered classical liberal thought, held by Andy Eyschen from Language of Liberty Institute. It was a great insight into the history and works of different philosophers, who created a base of liberal ideology.

After discussions during the lunch, the day was continued by Glenn Cripe presenting works of Ayn Rand, US-American philosopher who is quite unknown in Europe. Her positions created a base for a lively discussion between the participants. In particular her opinion that for a person his/her own life is the highest value and one should take care of the others only after they have cared for themselves was very controversially debated. Thank you Glenn for introducing Ayn Rand to us!

The most intriguing session for the most “liberty campers” was presented by Andy in the afternoon, the lecture on Human Progress and Transhumanism. Andy presented concepts about singularity and its possible impact on the world in the future, the time when artificial intelligence will be able to “think” on the same level as human beings. The participants couldn’t stop discussing this lecture for hours afterwards.

But the day has not yet finished, since it was only 17:30.  Moderated by Inessa Shahnazarova from Armenian Youth for Liberty, the debates around three topics- energy sector, security and rule of law-took place among twelve participants. The “campers” had to define their clear position either as a state or free market representative.

20:00 – dinner finished and a turn of the movie night came! In an informal environment participants watched “The call of the entrepreneur” movie that showed us very inspirational stories of three entrepreneurs. And we advise all of you who is reading this post to watch it!

The third day began with Andy Eyschen’s interesting lecture on free market economics. He spoke about two major schools of economics, Keynesian and Austrian, and basic understanding of value. In reality, we always have reason to act economically: hunger, thirst, shelter, clothing, entertainment are things we all need. Unease cannot be eliminated but it can be reduced through action. If the action reduced unease it has value for us, but this value is subjective. We and Mr. Eyschen discussed about the concept of “marginal utility”- “the more I have, the less I value it“.

After half an hour of coffee break, the day was continued with session about ideas of Frederic Bastiat, held by Glenn Cripe. Bastiat”s main ideas were that 1) interests of mankind are essentially harmonious; 2) free market is a source of economic harmony; 3) government protects property, lives and liberty; 4) Efforts of tariffs and price control are negative.

At 13:30 participants had lunch and some spare time to rest until 15:00, then Andy Eyschen held his last session in the camp about “How entrepreneurs see the world”. He spoke about Austrian school of economics and three productive functions in the marketplace: labor, capital and entrepreneurship. After coffee break participants got some books and T-shirts as presents and introduced their business ideas within one minute during “Elevator pitch” workshop held by Inessa Shahnazarova.

The intensive day finished with an interesting film called “Greed” which main idea was that greed makes people creative and hard-working and is not always bad.

During the last Camp day Glenn Cripe held a session about the ideas of Friedrich Hayek, one of the most important liberal economists. It was very interesting to take a look on the economic strategies of a country from another point of view, since in our universities we mostly study Keynes’ policies.

After the coffee break there was another session about the morality of capitalism held by Vahagn Khachaturyan, vice-president of PLEFR, former Mayor of Yerevan and MP. This session was truly unique since it was held by a person living in this region and we actively discussed many issues existing here.

Then participants were awarded with certificates and had a trip to amazing Kecharis monastery, despite the bad weather, and even attended Armenian wedding in a church. This was a beautiful and unforgettable trip. At the end of the day we had farewell party combined with cultural event: our talented lecturers and participants played some famous compositions on the piano and sang some Armenian and Georgian sings.

The next day the participants departed home, happy and more liberal than ever. 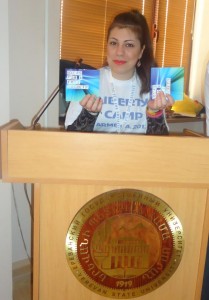