The 4th Adam Smith Forum organized jointly by the Libertarian Party of Russia and the Friedrich Naumann Foundation and given over to a discussion of ideas of economic and personal freedom, took place in Moscow on Oct. 20, 2012, this time housed in the Russian Presidential Academy of National Economy and Public Administration. Topics on the forum agenda included the morality of capitalism, antitrust legislation, city traffic and other urban issues, the experience of Georgian reforms and the EU political and economic crisis.

Introductory remarks by the LPR Vice Chairman Yury Polozov, Sergey Zuyev, the rector of the Moscow School of Social and Economic Science and the Head of the Moscow Branch of the Friedrich Naumann Foundation Wolfgang Jon.

Panel discussion entitled ‘The Morality of Capitalism’. Thesis: Since the principal implication of capitalism is the right of a proprietor to use his own property as he sees fit, including, for example, the right to destroy artistic objects that belong to him, capitalism is often charged with being fraught with ‘moral problems’.

‘The Seven Virtues of Capitalism’

Tom Palmer, Vice President for International Programs at the Atlas Economic Research Foundation, General Director of the Atlas Global Initiative for Free Trade, Peace, and Prosperity, a Senior Fellow at the Cato Institute, and Director of Cato University.

‘Capitalism: The History of a Word; Free-Market Capitalism vs. Crony Capitalism’

‘The Rhetoric at the Heart of Capitalism and the Ethics at the Heart of that Rhetoric’. Mr. Marinov also introduced the idea of the leading role of Calvinism in the development of the capitalist ethics, causing much controversy among the panelists.

For the first time the Forum included parallel sections: Political Rhetoric and The Wealth of Nations

‘The Wealth of Nations’

‘Pension Reform in Russia’. How to encourage future pension recipients to take … The transition to private pensions: foreign countries’ experience.

‘Publicly Held Debt and the Concept of Welfare State’

‘Reforms in Georgia: Libertarian or Not?’

‘What’s the Trouble with the Euro?’

‘October 14, 2012: Regional Elections in Russia’. Liberals should have devoted more energy to their outreach work with the prospective voter. 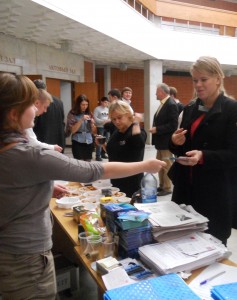 The Forum was being broadcast online and could be followed live on Twitter (#smithforum was among the top-viewed hashtags on Oct. 20). 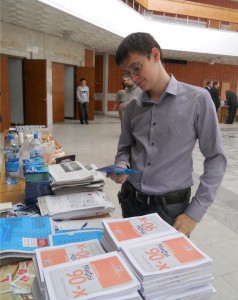 During the Forum, the publishing houses ‘Socium’ and ‘Delo’ presented some books on politics, economics and philosophy as well as the newly translated into Russian The Morality of Capitalism, edited by Tom Palmer. Ideas for the Free Society CDs were distributed among the audience. 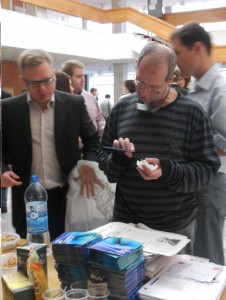