Khabarovsk – The Free People Forum held its third session in Khabarovsk, in the Russian Far East, organized by the Libertarian Party of Russia with support from the Friedrich Naumann Foundation for Freedom and the Khabarovsk Regional Foundation for Small Enterprise Support.

Speakers at the Forum included

Despite it being a workday the event attracted several dozen visitors. 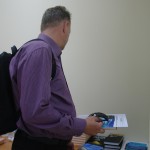 Following a discussion and a Q&A section, LPR monthly Atlant, Ideas for the Free Society CDs and a number of libertarianism-themed books were distributed among the audience for free. 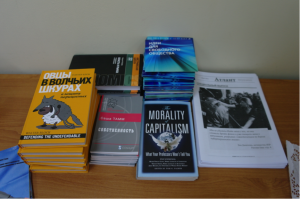 The event received some coverage in a local daily and on TV. 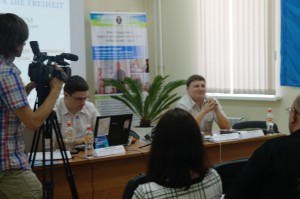