The Morality of Capitalism was published in Iran through the commercial publisher Sargol in August 2012.  The book was edited by Tom Palmer of the Atlas Economic Research Foundation and originally published under their auspices in conjunction with Students for Liberty.  It was interpreted by Bardia Garshasbi and had a number of reviews immediately following its publication.

This is the piece in the daily Jahan_e_San’at, or World of Industry which is a very popular and quality economic, social and cultural daily newspaper. The title of the book reads “The Relation between Entrepreneurship, Wealth and Morality” 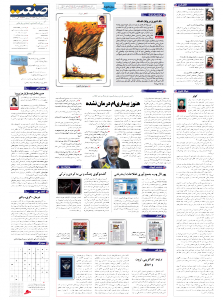