The Institute for Democracy and Economic Affairs (http://ideas.org.my/) were our partners in Malaysia.   Up to 31 March 2011, they organised 5 seminars in Malaysia at 5 different universities. The total number of participants is 787.

They have also participated in various student seminars and conferences organised by others, including by offering to run breakout sessions by using the CD as reference material.  Approximately 3000 CDs were distributed in Malaysia and Indonesia  in under two years.

The reception to the CD has been very positive. Students doing economics-related courses particularly like the content of the CD because it means they do not have to spend a huge amount of money to buy separate books to obtain the reference material for their courses.

But the CD proved popular among students who are not reading economics-related subjects too. In fact, even non-students have also been eager to receive the CD. The reasons are rather straight-forward actually. The CD contains literature that are not easily available in this region, and the CD format makes it very easy to keep (compared to heavy books). 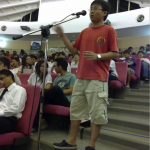 When conducting the seminars / events, we found that it is important to tell the audience what is in the CD and to urge them to refer to it. Otherwise, they may not realise what the CD offers and thought that it is just another “marketing material”. We solved this challenge by ensuring speakers refer to the CD content in their presentations.

One weakness of the current project is that it is “one-off” in nature. At all the universities we went to, we always find that some students are more eager to learn than others. And they are keen to participate in future seminars. Unfortunately we are unable to offer that at the moment, other than to invite them to attend our other events which may or may not discuss the CD content directly.

Proposal for the future 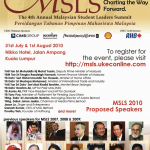 The 5 student seminars held between January to March in 5 different universities to distribute the Ideas for Free Society CD were branded as one series. The launch event for the whole series was on 25 January, at the National University of Malaysia. It was officiated by the Deputy Minister of Higher Education.

At the  “Malaysian Student Leaders Summit”, organised by “United Kingdom Malaysian Students Council” but held in Kuala Lumpur and opened to all Malaysian students CDs were distributed to participants and the texts on them formed the basis of the breakout sessions which were run by IDEAS. 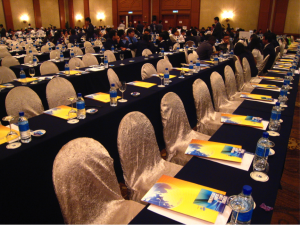