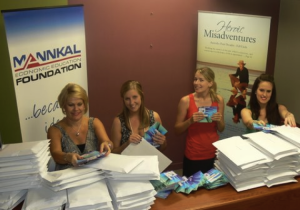 They received requests for CDs from other interested people and organizations such as  “We are quite interested in the distribution of the Ideas for a Free Society CD at our university.  We’re founding members of a (currently small) liberal student’s club at the Royal Melbourne Institute of Technology (RMIT) in Australia and belief your CD may assist with informing members of our campus on the principles and importance of a free society.

Mannkal were able to send them CDs and commented “This project is going from strength to strength – it is very impressive!”

The Centre for Independent Studies (www.cis.org.au) in Sydney also had copies to distribute and were very helpful with the project giving permission for several of their publications to be included on the CD and subsequently to be translated into other languages including Arabic.