For the second consecutive year, Li Schoolland organized the Northeastern University Summer Camp of International Economists in Shenyang. Eighty students from the Industrial Management School were enrolled through a rigorous English language screening process. All were highly motivated to explore free market economics topics over a week long program. There were 12 large group lectures, each followed by small group discussion sessions. Each of the large group lectures was followed by two sessions of 5 concurrent small group lecture/discussion seminars on a variety of topics. In total, there were 76 lectures during the camp. Whew! And all the students (during the first week of their summer break!) attended all the sessions. That is dedication! 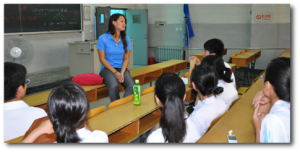 Some of the teachers returned for the second year. Fred Foldvary, a renowned economics professor from Santa Clara University if California, spoke on market financing of public goods, market economics, issues of market failure, environmental economics, ethics and economics, business cycles, and economics of public choice. Kenli Schoolland, a graduate student at the London School of Economics, addressed the price mechanism, taxation, and privatization of roads and education. Dean Peng, surely one of the most fascinating, knowledgeable about China, and challenging of teachers, spoke on economic history and philosophy. And I lectured on agricultural subsidies, free trade, taxes and human behavior, income redistribution, and the economics of moral hazard. 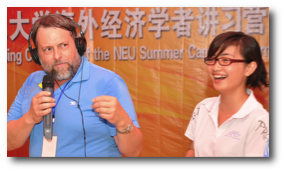 There were also a number of teachers who were new to the program this year. Josef Sima, President of CERVO Institute of Prague, the Czech Republic, talked about monopoly and competition, the economics of Bastiat, Hayek, Mises, and Leoni, the economics of discrimination, and the essentials of Austrian economics. Barun Mitra, Founder and President of the Liberty Institute in New Delhi, India, talked about entrepreneurship and market solutions to environmental issues. And Doug Bandow, a senior fellow at the CATO Institute, spoke on various issues concerning the contemporary Chinese economic landscape.

It was also a time of great fun! The students were divided into two great teams, debating whether chance or opportunity was the factor most decisive in shaping one’s life. The debate raged throughout the evening, with the professors serving as judges and offering comments and awards in the closing ceremony. 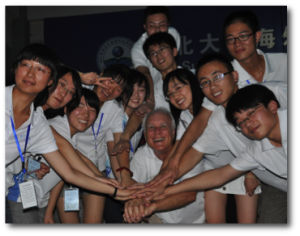 On the day of graduation certificates were presented to all the students. Six student groups responded with a talent show of song, dance, calligraphy, and games. There were tears of friendship and laughter. 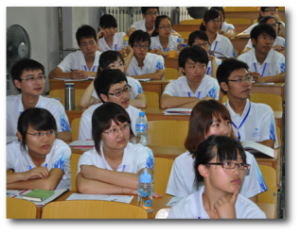 One student wrote to Barun Mitra saying: “I’m one of the guys who had a happy time with you…At first I was very nervous to talk with you. Then I found you are nice and lovely. I never talked with a foreigner before and I didn’t think much about economics. But now it’s different. I am curious about free markets, how free trade works, and so on. I’m starting to care more. I appreciate that you make me think more about the world, economics, and government. And I appreciate you for helping my spoken English.”

Another wrote: “I’m very glad to have the chance to learn from Austrian economists from all around the world. You know in our university we just learn the theory of Mr. Keynes. And now I’ve learned many interesting ideas and ways of thinking in this camp. Like Mr. Schoolland’s free trade and free choice in currency, Kenli’s road price theory, and Josef’s stories about Bastiat’s broken window, and so on. Thank you, professors. I love you!”

And still another: “I’m so happy to attend the summer camp this summer holiday. In this week, I’ve learned a lot and had a great heavy harvest. In the class I learned many new definitions of economics. I also accept many new ideas about government, life, and the environment. I know you [Barun] like tigers very much. So I hope you’ll be healthy and strong as the tigers. Outside the class, I have much fun through talking with you and other professors. You’re all very lovely and kind. We love you very much! I hope you’ll come to Shenyang the next year because we’ll miss you very much!” 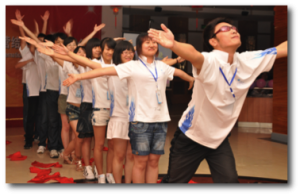 The primary sponsor of the China economics camp was, as before, Jeff Crawford and the International Society for Individual Liberty. All of the students were given copies of the CD “Ideas for a Free Society,” courtesy of Linda Whetstone and IPN. Unfortunately, the Chinese language edition of Jonathan Gullible is currently out of print and was not distributed as last year. However, the full English commentary edition of JG is available in the CD.