In June 60 students took part in a seminar in Islamia College University, Peshawar.

The seminar was started with the holy name of Allah; a student from the Islamia College University recited a few verses from the holy book.

The animated video Philosophy of Liberty was displayed to students with comments from Coordinator.  A discussion about the abject poverty in Pakistan followed with one speaker suggesting  that education was the solution and another that ‘discourse changes society rather than fighting’. 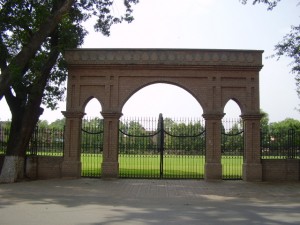 A guest speaker gave a lengthy elaboration of liberal thinking in making of civilized societies. He said that in past there were small populations in countries. Now with industrial and agricultural revolution population has increased world over especially in underdeveloped world. In countries like Pakistan, governments subsidized services to public financed with borrowed money from IFI, rich countries and heavy taxation, which resulted in slow GDP growth. He said that central planning for densely populated countries is a difficult task. It would culminate in misuse of power and dictatorial governments. Now governments should empower people of their own destinies through liberalization. They could decide their own economic lives.

At the end of seminar, CDs were distributed among students with some refreshments.